Hi Jon, genuinely​ appreciate your video and great explanation. For my further understanding, I’d like to ask you a question regarding the missed approach procedure. Having referenced the AIM, I note that there is no ‘published missed approach’ on a visual approach. Wouldn’t it be prudent upon the first contact with the control tower, to “request missed approach instructions in the event of a go-around” or would I complicate matters?

Its certainly not a bad idea, however asking for missed approach instructions “just in case” isn’t common practice and the tower would probably be expecting you to go missed if you asked for them. How we do it in the airlines is simply brief “the missed will be with the tower” if it is visual conditions. That means once we decide to go around for whatever reason, we’ll notify the tower and they will come back to us with instructions of what to do. It’s not a rush to get the missed approach instructions, rather initiate the go around, establish a climb and “clean up” the airplane (if there’s flaps or gear), then notify the tower, then fly the heading and altitude given. Don’t be in a rush to talk with the tower or readback the clearance. Once you readback a clearance you have to comply with it….if you take a few extra seconds waiting to contact them, you can focus on flying the airplane first, then talking with them when you have time. If you don’t like what they tell you to do, don’t read it back, ask for something else or say “unable”. Hope that sheds some light on it. I really do like your thought process trying to prepare and build in a safety margin, but there is such a thing as being too far ahead of the airplane, as you fly more you’ll find that delicate balance of just how far ahead of the airplane you want to be. hint: if you’re already thinking about being at home on the couch drinking a beer, you might be too far ahead of the airplane 🙂 Safe Flying! -Jon 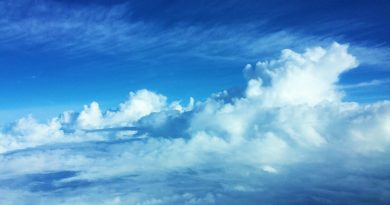