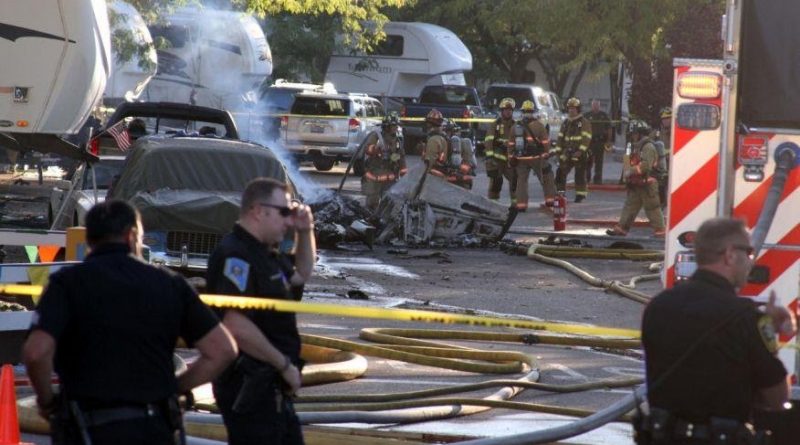 Shortly before 6 PM, upon approaching the airport in his Beechcraft Bonanza A36, the pilot was told by ATC to expect runway 25 for landing. After the controller informed him that there was a delay for that runway, the pilot stated he could accept 16L.  The controller instructed the pilot to proceed; but did not specify the runway in his response.

During this time, the parallel runway 16R was being used by two Boeing 757’s, in sequence to land, separated by about 7 miles. The controller advised the Bonanza pilot that there was a B757 on a 9-mile final for 16R, cautioned him about the wake turbulence, and cleared him to land. The Bonanza pilot reported having “the airliner” in sight.

Shortly after clearing the Bonanza to land, the controller issued an all-aircraft advisory that the winds were now from 250 at 17 gusting 20 knots. Although these wind conditions met or exceeded the Bonanza’s maximum demonstrated crosswind ability for the specified landing runway, the pilot continued the approach.

70 seconds after the Bonanza pilot called traffic in sight, just after turning the aircraft onto base leg for 16L, the second B757 passed approximately 1 mile ahead and 100 feet below the Bonanza.

As the Bonanza pilot was on about a 1/2 mile approach, at about 200 ft, witnesses reported that the aircraft suddenly rolled and descended into the ground. Debris and ground scars were consistent with an aircraft making a near-vertical descent and impact.

HOW COULD THIS ACCIDENT HAVE BEEN AVOIDED?

In closing, this accident could have happened to anyone. After a long day of flying, fatigue sets in and you start to miss things… Such as a portion of an ATC transmission. Judgement starts to lapse and you may make decisions without flight safety being your top priority. Get-there-itis is very real and we’ve probably all seen pilots make decisions based on “getting there quickly” rather than the safest manner in times of fatigue.

Know not only the performance limitations of your aircraft, but your personal piloting ability and familiarity with the aircraft within those parameters. Are you flying a tricycle or tailwheel airplane? When is the last time you landed in a crosswind of this strength? What is the spread between the wind and the gust factor?

Controllers make mistakes, too. Consider the winds and runways in use for all aircraft around the airport. If you don’t like something the controller gives you, declare you are unable and ask for an alternative, in the interest of flight safety. 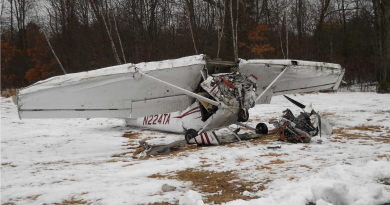 Loss of Aircraft Control on Go-Around 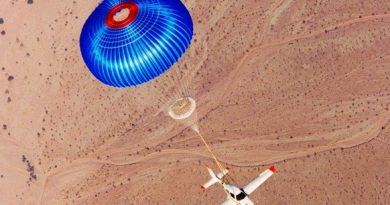