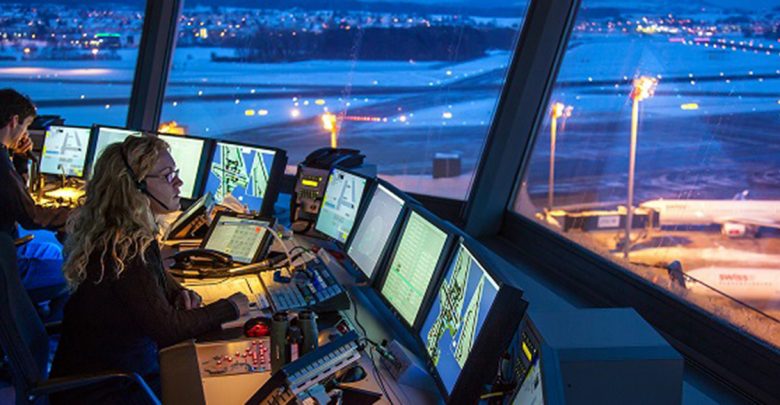 When ATC Makes Mistakes…and Tries to Blame the Pilot

So first off, let me start by saying this; I have no expectation that an air traffic controller be perfect all of the time or a pilot for that matter.  We are all human and make mistakes.  I do however think it especially important to point out to the GA community the mistakes that controllers do make, so we can all work together to reduce confusion and work within the system to keep each other safe.  Let’s face it, pilots need to always:

When dealing with ATC.  At the end of the day when mistakes are made, regardless of who makes them, the pilot is the one who goes home in a box.  So let’s all take a look at a time when ATC made a mistake and tried to blame the pilot.  Hopefully we can all learn that just getting a phone number to call up to the tower doesn’t mean you did something wrong, it just means there is confusion that needs to be sorted out.

If you are flying on an IFR flight plan out of KDVT and do your preflight homework on finding the best and safest route to fly, you will probably come across the Graphic ODP for Deer Valley.

This Graphic ODP guarantees you obstacle protection when you comply with the takeoff minimums (climb gradient), and the departure route.  Sounds like a great and safe deal to me!

So how do you file a Graphic ODP?

Your route of flight will start off with DVT1.PXR in the route section, and then onto whatever other fixes or waypoints you would like to use after PXR to get you to your destination.  Now that the ODP is filed in your ROUTE, you must comply with it.  Here’s where it gets a little tricky, there are MULTIPLE routes for departing the same runway, because this ODP has a VCOA option (visual climb over airport option).

What the heck is a VCOA?

Why would you do that?  Well, not everyone has a new fresh 180hp engine in their Skyhawk, and some airplanes can’t achieve the 200′ per nm climb gradient standard departures require.  In the case of this particular departure going off of runway 7L, you would need to climb at 565′ per nm to 2,800′ msl (in an airplane doing 90 knots that is 850 fpm).  So if you can’t climb that little old Skyhawk at 850fpm, then what are your options?  VCOA!!!!!

If you simply depart and climb circling over the airport, you will be safe from the obstacles.  Now off of 7L it says we need a ceiling of at least 1,500′ and 3sm visibility.  That means that we are protected as long as we stay within 3 miles of the airport while circling in the climb (watch out for wind drift!).   After we reach 2,800′ msl, we can then proceed via the PXR radial 336 up to 4,000′ msl (NOTE: you are assumed to have the 200′ per nm climb ability to get from 2,800 to 4,000′, if you don’t, then no bueno mi amigo). Once you hit 4,000′ msl, you will start a left turn back direct to the PXR VOR and continue climbing to your assigned altitude.

Now, if you plan to use this option instead of complying with the required climb gradients needed under the TAKEOFF MINIMUMS section, you need to advise ATC as soon as possible.  Perhaps when file, put it in the remarks, when you pick up your clearance remind them, when you depart remind tower, and when you contact departure, advise them you are climbing via the Deer Valley One Departure VCOA Option.

Here is where ATC messed up that day…

When the pilot of the airplane flying the DVT1.PXR using the VCOA option contacted departure, the controller stated “I see you over the DVT airport, you were supposed to fly the (DVT1.PXR) departure.”.  The controller then issued a vector and gave the pilot a phone number to call when he landed.

Now how did the controller mess up?  He immediately assumed the pilot erred and issued a phone number to call while the pilot was still climbing out from the airport!  This may not seem like a big deal, but to many CFIs, Part 135, and Part 121 pilots, receiving a phone number is a very stress inducing thing to hear (so much so that when I was flying into KDCA and we were issued a phone number to call on landing, the other pilot I was flying with basically shut down and failed to make a single callout on the approach or as I landed and rolled out.  Luckily the phone number was intended for another airplane from our company with a similar callsign, but the fact that a controller issued it to us below 10,000′ still annoys me to this day).  Back to our case study here, once the pilot called back to Approach on the ground, it became clear the controller was entirely unaware that such an option for VCOA existed, and was unfamiliar with the very procedures designed to keep aircraft safe that they were responsible for.

While it is an honest human mistake (and a training deficiency that could just as easily occur with any controller or pilot), the learning experience here is two-fold.

ASRS Report from the Incident:

I was given the Deer Valley 1 departure (DVT1.PXT) from the DVT airport. I was handed off to Phoenix Approach. After a few minutes, Phoenix Approach said “I see you over the DVT airport, you were supposed to fly the (DVT1.PXR) departure.” I stated I was. The Controller gave me a vector to 270 degrees. I then received a phone number to call upon landing destination airport due to a possible pilot deviation. Upon landing, I called Deer Valley Airport. I spoke with a Tower Controller who was not aware of the request for my call. The Tower was too busy to talk about it at that moment as they were handling numerous aircraft. The Tower asked for me to call Approach. I did so accordingly. They asked why I flew over the airport. I stated I took the visual climb option on the (DVT1.PXR). We read the departure procedure together and they commented that nobody had ever done that before. They agreed that the visual climb optioned existed, but to their knowledge, no controller in the DVT Tower had seen it flown. Apparently, the Phoenix Controller handling my flight hadn’t either. This could be a learning opportunity for all involved.

Instructor pilot reports electing to use the visual climb option during the DVT1.PXR departure from DVT and is questioned by ATC as to what departure is being flown. 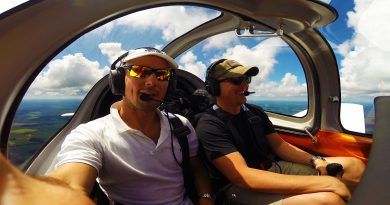 Shortage of CFIs for Flight Students 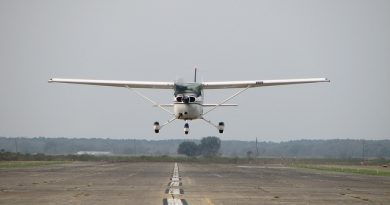 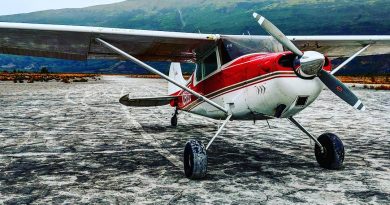